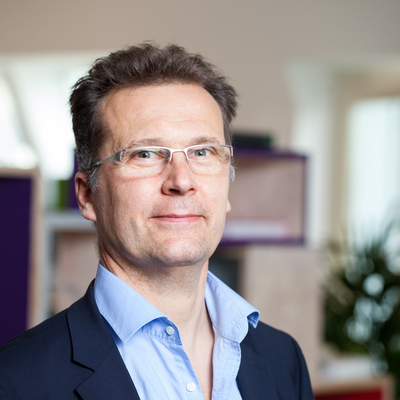 Prof. Dr. Knut Blind studied economics, political science and psychology at Freiburg University. In the course of his studies he spent one year at Brock University (Canada), where he was awarded a BA. Finally, he took his Diploma in Economics and later his doctoral degree at Freiburg University. Between 1996 and 2010 he joined the Fraunhofer Institute for Systems and Innovation Research, Karlsruhe, Germany, as a senior researcher and at last as head of the Competence Center "Regulation and Innovation". In April 2006 Knut Blind was appointed Professor of Innovation Economics at the Faculty of Economics and Management at the Technische Universität Berlin. Since May 2008 he holds also the endowed chair of standardisation at the Rotterdam School of Management of the Erasmus University. In April 2010 he is leading the new research group "Public Innovation" at the Fraunhofer Institut of Open Communication Systems in Berlin.